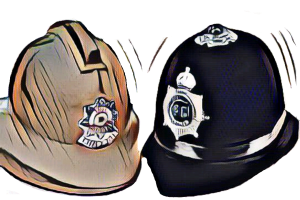 The Police Reform and Social Responsibility Act 2011 established Police and Crime Panels (PCP) within each force area in England and Wales (excluding Greater London). Currently, there are 41 police areas listed in England and Wales. Each PCP consists of at least one representative from each local authority in the respective area, plus at least two independent members, which are co-opted by the panel.

Section 28 of the Police Reform and Social Responsibility Act 2011 (“the 2011 Act”) ensures PCP’s are made responsible for scrutinising commissioners’ decisions and ensuring this information is available to the public. They must review the commissioner’s draft police and crime plan and draft annual report before these documents are published, and Police and Crime Commissioners must give the associated Panels comments due consideration. A Police and Crime Panel may require the attendance of the commissioner or a member of his or her staff at any time, and may suspend a Commissioner from office where he or she is charged with a serious criminal offence. Police and Crime Panels are able to veto a Commissioner’s proposed precept or proposed candidate for Chief Constable by a two-thirds majority.

Within the act is provision to enable directly elected Police and Crime Commissioners to take on the functions and duties of fire and rescue authorities and delegate fire functions to a single chief officer for police and fire and rescue activities. The PCC is required to consult locally and set out their proposals for undertaking responsibilities for Fire and Rescue Services (FRS). Where PCCs do take on FRS they will be called Police Fire and Crime Commissioners with the expectation that PFCC’s can ‘drive the pace of reform, maximise the benefits of collaboration and ensure best practice is shared’. As such where PCC’s take on the responsibilities for the FRS the corresponding Police and Crime Panel will become the Police Fire and Crime Panel and will act on behalf of the public to hold the PFCC accountable for both policing, fire and rescue activities.